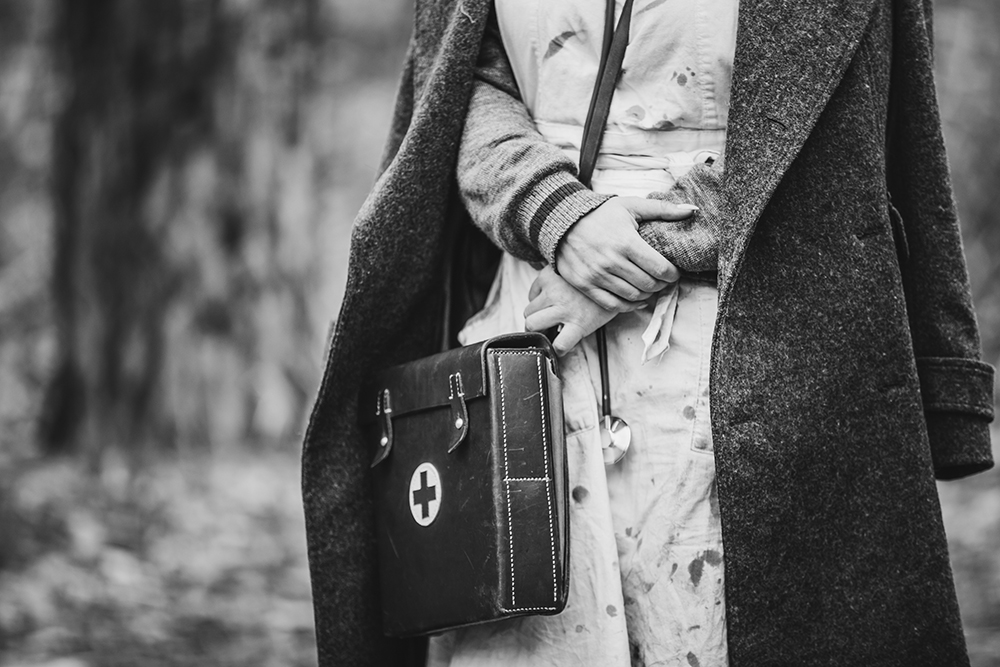 The nursing profession has a rich history that spans centuries of evolving health care for patients, families, and communities. At present, the World Health Organization (WHO) considers nurses as the backbone of the health care industry. However, nursing had to undergo a long period of development before it became the occupation we are now familiar with.

Are you a nurse or a health care professional who is interested in learning about the origins of your career? Or are you someone who simply appreciates the major role that nurses play in our society? Read on to discover a brief history of nursing.

In the times before nursing became an official profession, patient care was commonly provided to sick people by family, friends, clansmen, or fellow tribe members. Health care then started to become more organized during the early Christian era. Deaconesses, women with some educational background, were assigned by the church to take care of ill persons. The deaconess Phoebe is considered by some historians to be the first “visiting nurse” because of the home care services she offered around A.D. 50.

Early hospitals were established by nuns, monks, and other members of religious communities throughout the Middle Ages. The deaconess Fabiola, for example, was credited as the founder of the first Christian hospital in Rome during the 4th century. Protestant reformers, pastors, and deaconesses also promoted health care and nursing services in Europe during the first half of the 19th century.

Florence Nightingale and the Beginning of Professional Nursing

The history of modern nursing originates from the pioneering work of Florence Nightingale. Through innovative nursing care and influence, Nightingale laid the foundation for nursing as an official profession.

Nightingale, who belonged to a wealthy British family, chose not to lead the leisurely life of a typical upper-class lady during the Victorian era. Instead, she devoted her life to providing nursing services to sick persons, even if it was not considered a proper occupation for women in her social class during that period.

After the Crimean War broke out in 1854, Nightingale and a small group of nurses traveled to Crimea and revolutionized health care for the British army. Aside from offering nursing care to soldiers, they cleaned, sanitized, and ventilated the barracks and hospital wards, according to 19th-century science. As a result of their efforts, the cases of infectious diseases and the number of deaths among British soldiers dropped significantly.

Nightingale was welcomed back to England as a heroine and the Nightingale Fund was created in her honor. She used this trust fund to found the Nightingale School of Nursing at St. Thomas’ Hospital in London. This school, which offered education for professional nurses, was groundbreaking when compared to contemporary nursing education options. Nursing students at this school benefited from a combination of classes on theory and real-life clinical experiences.

The Beginning of Professional Nursing in the U.S.

When the Civil War started in 1861, there were not yet any formally trained nurses or nursing schools in the U.S. Instead, over 3,000 women served as volunteer nurses to take care of sick and wounded soldiers.

These Civil War nurses played a major role in laying a foundation for professional nursing in the U.S. Influential figures include Dorothea Dix (the superintendent of Union Army nurses who was in charge of nursing recruitment and supervision), Kate Cummings (a Confederate Army nurse who wrote a book on army nursing and hospitals), and Clara Barton (a volunteer nurse who became the founder and first president of the American Red Cross).

Other Civil War nurses who made an impact on the nursing profession were Jane Woolsey (a Union Army volunteer nurse who helped form the nurse training school at Presbyterian Hospital in New York City), Harriet Tubman (a former slave who used herbs and home remedies to nurse soldiers), and Mary Ann Bickerdyke (a Union Army nurse who founded and sanitized military hospitals).

Early Nursing Education in the U.S.

The popular influence of the Nightingale School of Nursing spread to the U.S. and all over the world. The Women’s Hospital of Philadelphia, which is considered the first permanent nursing school in the U.S., was founded in 1872.

During that same year, another training school for nurses was formed at the New England Hospital for Women and Children. Linda Richards (the first educated nurse in the U.S.) and Mary Mahoney (the first African American graduate nurse) both completed their studies in this nursing school.

Nursing in the 20th Century

Important changes in the nursing field happened again at the turn of the 20th century. The advancement in medical research and knowledge had an impact on the continuous growth of nursing.

The scientific discovery that germs and bacteria cause infectious diseases led nurses to play an important role in fighting sickness. Visiting nurses in the U.S. and district nurses in Europe and the United Kingdom taught methods that could prevent the spreading of diseases.

Nurses who practiced in industrialized countries began to establish professional nursing associations. They also started to license for Registered Nurses (RNs) around this period. During this period, nurses made organizations to improve the quality of nursing care. Crucial changes included the creation of critical care units in hospitals and the emphasis on primary nursing.

Even more significant changes took place in the nursing industry during the second half of the 20th century. During the mid-1950s, hospitals started to become the biggest employers of RNs. The structure of nursing education also changed around this time. Hospital-based training schools for nurses were gradually replaced by nursing programs in universities and community colleges.

The nursing profession has progressively grown over the centuries in terms of quality and quantity.

At present, there are various types of nurses — including Registered Nurses (RNs), Licensed Vocational Nurses (LVNs), Licensed Practical Nurses (LPNs), and Nurse Practitioners (NPs) — who practice in the U.S. and all over the globe.

There is a wide selection of nursing specialties that nurses can choose from. Some examples of nursing specializations are cardiovascular nursing, emergency nursing, obstetric and neonatal nursing, assisted living nursing, psychiatric and mental health nursing, among many others.

Nurses currently have a broad range of professional nursing organizations that they can select from. Some nursing associations are general in nature, while others focus on a specific nursing specialty, cause, or ethnic group.

Aspiring nurses can enroll in nursing schools and educational programs that suit their career goals. Present-day nurses and health care workers also have a wealth of online training and educational materials available to them, including Clipboard Academy which features educational resources and information.

Last but not least, nurses and health care professionals today can easily search for jobs online, a modern convenience which nurses from earlier time periods did not have the chance to experience.

You can become a part of the rich history of nursing by working as a nurse or a health care professional with the help of Clipboard Health.

10 Nursing Quotes to Keep You Inspired

Why Did You Want to Be a Nurse? Here’s How You Answered