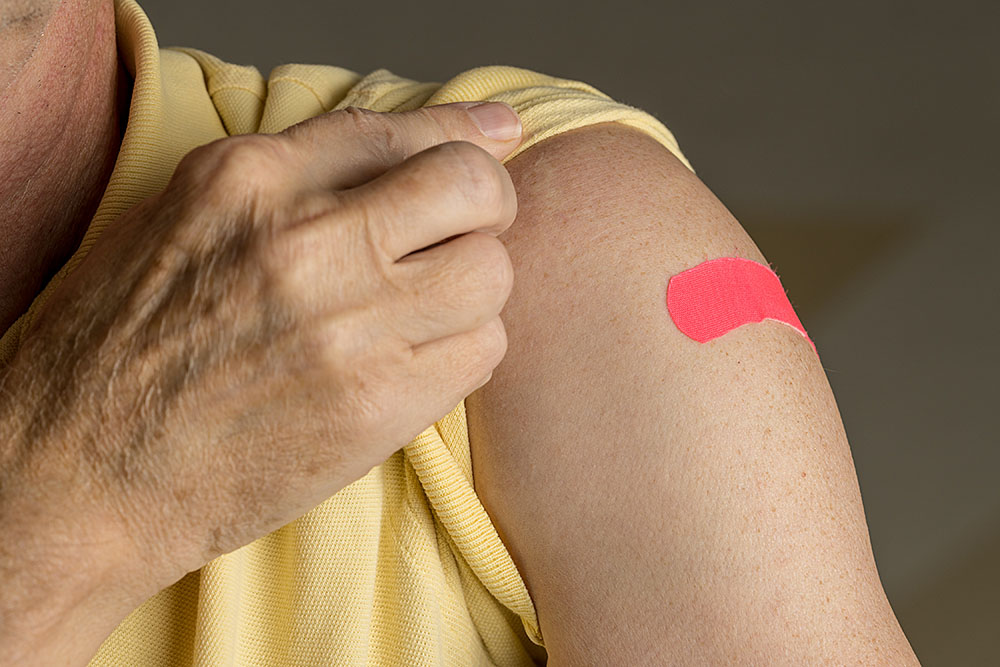 Vaccines have faced a wild ride of public acceptance and perception ever since their introduction into mainstream medicine.

As a health care professional, you might find yourself either working with patient populations where vaccines are a common topic, or you’ll be asked by people in your community or among your friends and family about your opinions regarding vaccines. You may find many people who are eager to share their concerns over vaccine safety with you.

To help you know how best to address these questions or statements when they come up, here are some of the most common vaccine concerns and the facts behind them.

The Most Common Vaccine Concerns

The majority of these concerns focus on different elements of vaccine safety. It’s a valid question. We should encourage people to ask honest questions and share their fears about their health care and learn what they can, so they can make an educated choice.

You play a huge role in helping to educate the patients and community members who trust you enough to ask for your opinion and share theirs with you.

You might hear this concern a lot when it comes to the discussion of vaccines. It’s a pretty broad question, so it helps to know about many of the other, specific concerns people have about vaccination safety.

But to answer this particular question, yes, vaccines are safe. Numerous federal agencies, particularly the U.S. Food and Drug Administration (FDA) and the U.S. Centers for Disease Control and Prevention (CDC) make sure each and every vaccine meets rigorous requirements during the development and manufacturing process long before they make it to the public. In non-pandemic cases, this process takes many years and goes through many steps.

Then once the vaccine is approved and in use, federal organizations continuously keep up on monitoring the vaccine throughout its use. If any potential concerns do come up, they’re ready to address them.

Do Vaccines Have Mercury in Them?

One of the most common vaccine concerns you might hear about is regarding vaccine ingredients, particularly whether or not vaccines contain mercury.

Some vaccines contain or used to contain a mercury-based preservative called thimerosal. The first thing to know is that there are two types of mercury you might be exposed to in your life: methylmercury and ethylmercury.

We use thimerosal in vaccines that contain more than once dose in a vial to prevent bacteria and fungi from growing inside of the vial due to the repeated use. However, as a caution and to ease the minds of many parents, the United States removed thimerosal from the few childhood vaccines that did contain it.

Vaccines like the MMR vaccine inactivated polio (IPV), and varicella (chickenpox) never had thimerosal. Flu vaccines can come both with thimerosal or without.

Do Vaccines Cause Autism?

Another of the most common vaccine concerns you’ll hear is whether or not vaccines are directly related to autism spectrum disorder (ASD).

This rumor has been particularly popular on social media and internet forums. There are two particular reasons behind the popularity of this concern. First, two studies published in 1998 and 2002 by the same person, a man named Andrew Wakefield, claimed that there was a distinct correlation between vaccinations and autism in the children they studied.

Both studies, once peer-reviewed, were considered to be scientifically fraudulent and flawed for multiple reasons. Since then, numerous wide-scale, peer-reviewed studies have studied the issue, and so far none of them have found an association between vaccinations and ASD.

The second reason behind the popularity of this concern is that the number of people diagnosed with ASD is higher now than it has ever been before. In recent decades, we’ve learned more and more about ASD.

This has led to broader definitions and more public understanding and recognition of ASD, which has naturally led to more ASD diagnoses as health care professionals and the public are more attentive to signs of the disorder.

At face value and without a proper understanding of how medical studies are supposed to be structured to rule out bias, and how improved diagnostic techniques for a disease would increase the current prevalence of it, it’s easy to see why vaccines causing ASD would become a popular concern.

But to answer the question, no, there is no direct relationship between vaccinations and ASD.

The flu vaccine does not give you the flu. Flu shots come in two forms: either an inactivated version of the virus or a version of the live virus that’s so weakened it can’t cause the flu illness.

However, just because you get the flu vaccine doesn’t mean you won’t get the flu that year. The CDC lists four reasons why people might get sick with the flu after getting the vaccine:

I Heard Someone Had [This Rare Symptom] From a Vaccine

Mild side effects (like redness, soreness, or swelling where you got the shot) are common after getting a vaccine. But rarely, someone might have a severe side effect in the minutes to hours after getting vaccinated.

These rare side effects can and do happen. The CDC and FDA track side effects through systems like the Vaccine Adverse Event Reporting System (VAERS) and promptly investigate reported adverse reactions to determine the cause.

It’s not uncommon for some serious reactions to be related to allergic reactions. For instance, you might notice the signs addressing egg allergies when you go get your flu shot. Other serious side effects can happen from a variety of reasons where the body just doesn’t respond well to something in the vaccine.

To put that into numbers, it’s estimated that maybe one or two of every million vaccinated people will have a serious allergic reaction to a vaccine. With the 2018-2019 flu season, there was a point where the average hospitalization rate from flu was 9.1 people per 100,000. In previous years, it’s been up to 30.5 per 100,000.

If it’s a matter of risk versus benefits, the chance of a negative outcome or reaction from vaccination is drastically lower than what you could possibly get from the disease itself. Help those who approach you with common vaccine concerns to understand the facts, so they can make the best-educated decision for themselves and for their communities.

How to Choose the Right Nursing Specialty for You

How to Use SMART Goals in Nursing