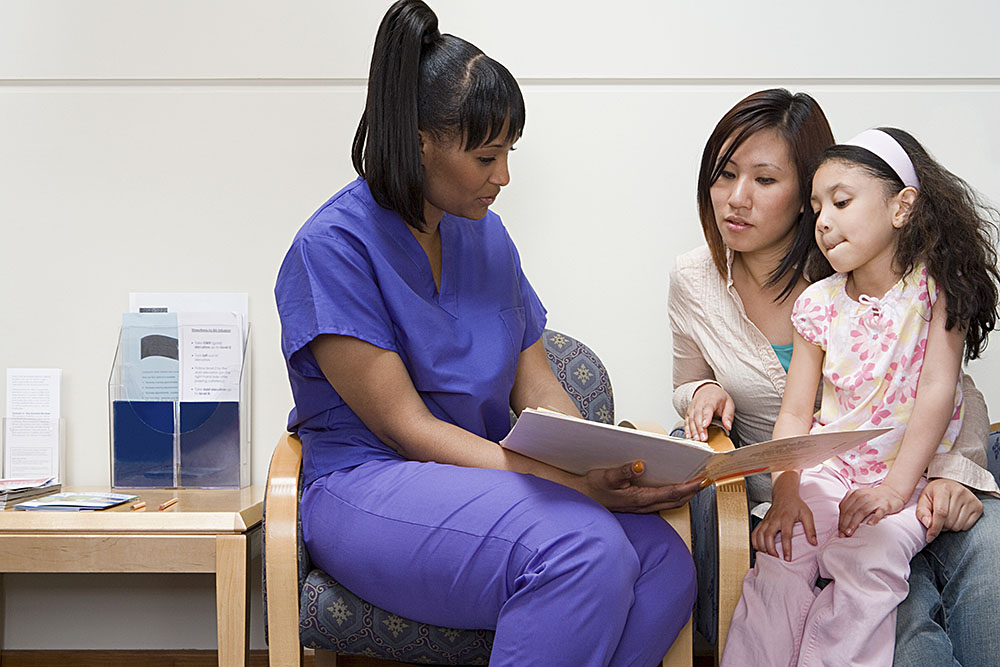 They’re called anti-vaccine activists, anti-vaxxers, or vaccine deniers. Wherever you go in the community, you’re likely at some point to interact with someone who is against immunizations.

For health care professionals, discussions with anti-vaxxers, whether out in the community or within the responsibilities of medical work, can be frustrating. It can be very difficult to know what to say and how to say it.

If you’ve ever found yourself in such a situation, or you’re curious on how to prepare yourself for an eventual conversation, here’s what to know about talking to anti-vaxxers about vaccines.

Strategies to Keep in Mind

There will never be a 100% foolproof way to easily convince someone to change their mind about something they strongly believe in, and that’s going to be the case when you talk to an anti-vaxxer.

You won’t find a step-by-step guide on how to engage in the conversation, but there are strategies to keep in mind whenever you engage in these types of discussions.

It can be easy to let emotions run wild in discussions where you feel strongly about something. Letting the talk get heated, implying that someone is stupid, or a terrible parent will only shut down their willingness and ability to listen.

Remember that people might feel overwhelmed by the amount of information they’ve read or heard about. At the root of it all, these are people who are concerned about making the best choice for themselves and their families. Don’t think of them as anti-vaxxers, because many of them may just be on the fence and looking for more information from someone they trust. You’re unlikely to be able to convince a true anti-vaxxer who has spent hours researching information to support their beliefs and claims, but you may be able to successfully educate someone who just isn’t sure.

Just like in normal patient care practices, treat each person with dignity and respect. No one likes to feel like they’re being talked down to or made to feel stupid.

A lot of evidence used by anti-vaxxers comes from what seem like reputable sources. Much of the information has been taken and reframed or misinterpreted enough to fit the anti-vaccine narrative and support their beliefs.

Many people who decide not to vaccinate themselves or their children may need someone they trust to clarify those facts. When sharing information with concerned people, a potentially successful strategy could be to mention a study from 2015 that states “90% of medical scientists agree that vaccines are safe.” Knowing the science and facts behind vaccines can help you clear up misconceptions.

3. Understand Confirmation Bias And How To Communicate Around It

Confirmation bias is when we tend to only accept information that supports our beliefs. Understand that some anti-vaxxers firmly believe that vaccinations are harmful, even deadly, or that the government is forcing vaccinations to hurt or control the public.

If they believe the government’s vaccination schedule is simply neglectful, or yet more sinister, they’re unlikely to believe any facts you share from government sources, like the U.S. Centers for Disease Control and Prevention. Due to confirmation bias, you don’t want to challenge their beliefs head on, but rather offer evidence or reasons that work with their beliefs already.

For instance, a study from 2015 saw promise with the technique of emphasizing the consequences of not vaccinating children with the MMR vaccine. Researchers presented parents with pictures of children with symptoms of mumps, measles, or rubella and shared their stories.

This seems to work because some people don’t vaccinate due to the safety risks and potential side effects of a vaccine, however infectious diseases are a major concern for many people. The research you are showing them shouldn’t challenge their beliefs. You are simply supporting their understanding of the risks of not vaccinating.

You can’t truly educate people if you don’t understand where they’re coming from and what biases or concerns might be in the way of them understanding you. To do so, you need to ask questions and actively listen to their responses.

Active listening means you ask questions, often restate their points, and ask for specific clarification. It also means you’re displaying open and interested body language, so you don’t look defensive or cut off.

Not only does this help you know what you can say, but when people feel heard, they’re more open to listening in return. It’s all about trust. If they don’t trust you and your opinion, they won’t listen to you and they’ll feel like you aren’t listening to them.

5. Personalize And Adapt To Fit The Person

Every anti-vaxxer will have different concerns or evidence that they’ve investigated before and adopted into their belief system. One set of discussion points does not fit all. You might even find yourself hearing things you hadn’t heard before.

It’s important to adapt what you say and how you say it during these conversations to fit the person you’re talking to. This goes back to asking questions and actively listening — once you know where they stand, you can determine what to say. Adapt on the fly if this a decision process that will take time to think it over and explain any misunderstandings.

6. Accept That You Can’t Convince Everyone

Not everyone can be convinced to see the value or science of vaccines. No matter what evidence you present, what stories you share, or how much you try to listen and understand, there will always be some who are set in their cognitive biases.

In these cases, it’s up to you to know when you’ll just have to agree to disagree. At the end of the day, people will make decisions based on their beliefs, and beliefs can sometimes be difficult or impossible to change with just one conversation.

Don’t give up. Keep learning what you can about how safe vaccines are and the evidence that supports vaccinations. You never know who might just be looking for the right health care professional to answer their questions and concerns so they can make the best decision for themselves and their community.

How to Use SMART Goals in Nursing

12 Resources That Will Make You a Better Nurse