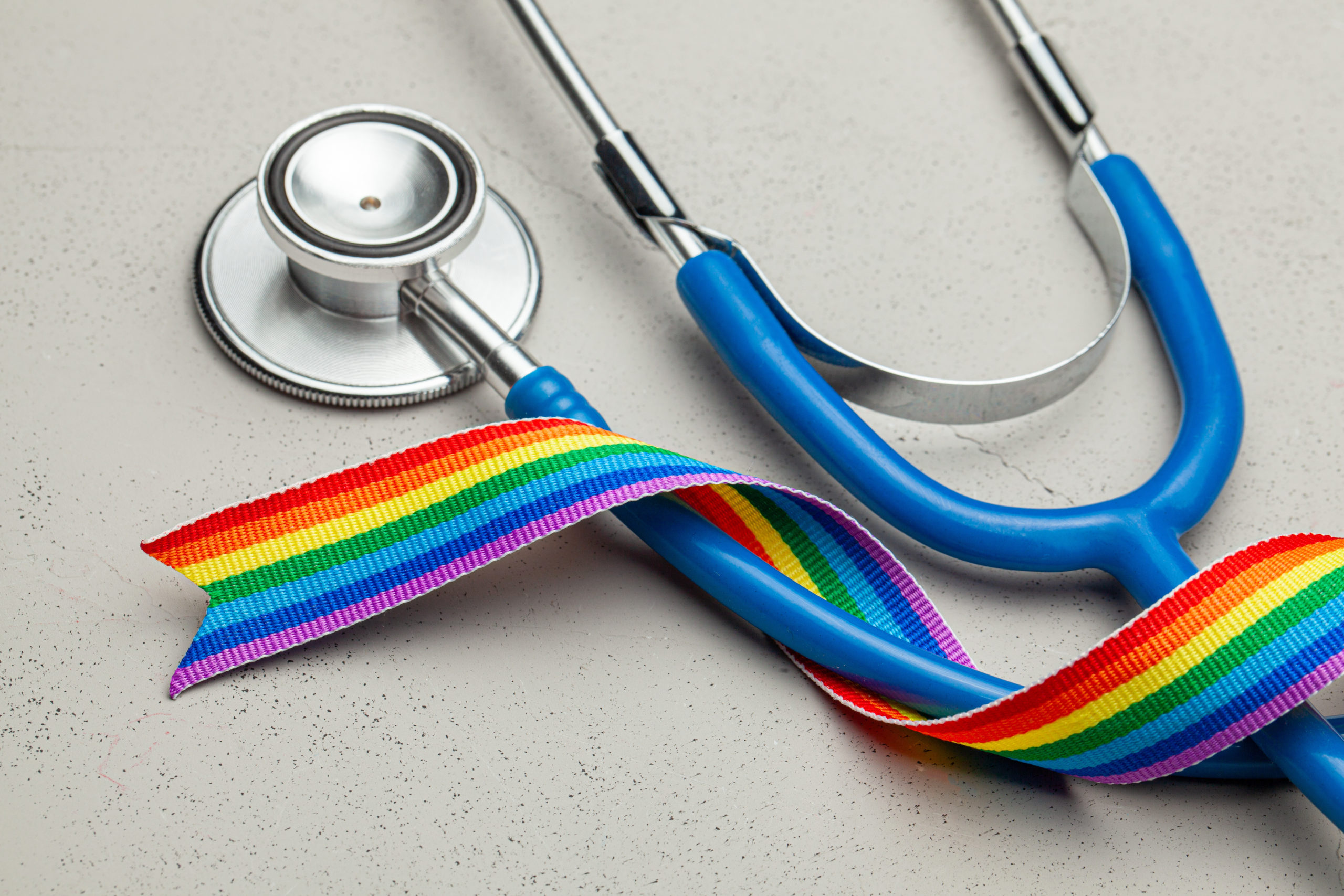 A part of providing quality patient care is treating each of our patients with the same respect and dignity. But we also want to treat our patients with equal respect for their differences in identity, culture, or experiences.

Health care for LGBTQ people is often a sensitive and complex issue. The community includes people from many demographics, and a long history of discrimination against LGBTQ people has made it difficult for many of them to get the health care they need. Because sexual orientation, gender identity, and sexual health are such personal matters, health care professionals must educate themselves on the needs of this community and how to make sure our best practices include them.

As professionals, we can’t make assumptions about a patient’s identity or behaviors. We have to learn how to discuss relevant issues in a way that makes our patients feel comfortable. And we have to educate ourselves. Whether you’re actively working with the LGBTQ community or serving the general population, here are facts about the LGBT community that nurses should know to better provide all our patients with the best quality care.

1. Nearly 5% of the U.S. Population Self-Identifies as LGBTQ

Data collected by Gallup indicates that about 4.5% of Americans identify as lesbian, gay, bisexual, or transgender. However, this doesn’t mean that only 5% of our patients belong to the LGBTQ community. Some patients are still exploring their identity, while others don’t feel safe or comfortable coming out publicly. They might also have had a bad past experience talking openly about their sexual identity and behaviors with health care professionals.

With that in mind, treat each patient with the mindset of being inclusive from the beginning. Some facilities have adopted gender-inclusive language, such as on intake forms and medical charts. Options like nonbinary or undisclosed in addition to male or female when asking patients for their gender can start building trust with patients from the start. Other facilities post non-discrimination policies where they are easily noticed in waiting rooms and exam rooms.

2. Sexual Minority Groups are at an Increased Risk for Certain Health Issues

The LGBTQ community is a minority group that experiences social inequality. This means that there are many resources or opportunities that many of those who don’t identify as LGBTQ can easily get, but those in the LGBTQ community normally can’t.

An example of resources that many LGBTQ people can’t access is health insurance. It’s common for partners in same-sex relationships to not be able to use their spouse’s health insurance. This means they likely won’t be going in to see the doctor for preventive checkups or when they get sick.

Social inequality often also leads to poorer overall health and a greater risk for certain health problems. For sexual minorities, this increased risk comes from several reasons, like the long history of social stigma against the LGBTQ community and differences in sexual behaviors.

One example is the higher rate of HIV and AIDS among gay and bisexual men than other groups. LGBTQ people also face many stresses from discrimination, and that can lead to poor mental health, lack of sleep, and unhealthy coping behaviors, such as substance abuse, smoking, and poor diet.

No patient wants to feel judged or dismissed when trying to get help for their health concerns. But for patients in the LGBTQ community, this is an unfortunately common experience. The National LGBT Health Education Center says that many patients who identify as LGTBQ face many problems when finding health care where they feel included and accepted. Some have been refused service on the basis of their identity, while others are the target of jokes, slurs, and insensitive comments by health care staff.

While most of the United States has become more accepting of the LGBTQ community over the past few years, many LGBTQ people still experience discrimination in their daily lives. A negative experience with getting health care because of their identity or behaviors cause many LGBTQ patients to avoid seeking care in the future, thus putting themselves at risk for untreated health issues.

4. Our Unconscious Biases Can Unintentionally Cause Harm

The American Journal of Public Health produced a study that found heterosexual health care providers unconsciously favor other heterosexual people compared to lesbian women and gay men. Nurses in particular were the most common than other health care professionals, like doctors, to have this implicit bias.

In a health care setting, people with those unconscious biases don’t usually intend to cause harm. But without recognizing that potential, we can easily cause harm without meaning to. It can be as simple as a well-meaning nurse asking a question that assumes a patient is heterosexual, like asking a female patient about her husband or method of birth control.

While it may not be your intention, an LGBTQ patient may walk away feeling awkward, uncomfortable, and unwilling to discuss their sexual health with another health care provider in the future. Recognize that you may have unconscious stereotypes and be aware of what you think and do when you talk with each patient.

Some negative health care experiences for LGBTQ people can be prevented simply by health care providers using gender-neutral language. When asking about patients’ personal lives and sexual history, use terms like “partner” instead of girlfriend or boyfriend, or “spouse” instead of husband or wife.

Avoid using gendered pronouns unless you’re certain of a patient’s gender identity (“they/them” is a good pronoun to use if you’re unsure). If your patient specifically uses a gendered term or pronoun to describe a romantic partner, mirror that language in follow-up questions. If the patient doesn’t, continue to use neutral terms.

The National LGBT Health Education Center recommends that facilities include questions about sexual orientation, gender identity, preferred pronouns, and preferred names on patient intake forms. By doing this, the patient can feel comfortable knowing that the facility is inclusive before even seeing a health care provider, and you as staff can have the information you need to address them respectfully.

If your standard forms don’t have spaces for these answers, you can ask the patient directly how they’d like to be addressed and let them know you’ll make a note of their preferences in their chart. This a big step in building trust and setting at ease your LGBTQ patients. Often they are already nervous and anxious about being judged.

Transgender individuals — those whose gender identity or expression does not match their assigned sex at birth — face many difficulties in getting health care treatments. Not only do transgender people have a higher rate of mental health issues, HIV infection, and other health issues, those who transition often face many barriers when looking for hormone therapy or gender affirmation surgery.

These health care concerns are often talked about in one-on-one settings with health care providers, so they can be kept private. But there are many cases when a patient’s information can unintentionally be brought up in more public settings, leading to embarrassment or outing them to other patients or friends or family members who have come with them and may not know their gender identity yet.

For example, there may be a different name and/or gender than what a patient prefers on insurance cards and personal IDs. As the National LGBT Health Education Center points out, transgender patients may have a harder time getting medically necessary treatments if the gender on their insurance doesn’t match their assigned sex at birth. Health care professionals must be prepared to handle these situations without outing or embarrassing a patient in front of other office staff members or patients.

8. There Are Countless Resources for Learning About LGBTQ Issues and Terms

If you’re unfamiliar with LGBTQ terminology and the unique health care issues this community faces, you can find more information from many well-established LGBTQ advocacy groups and reputable resources. Some suggested resources include:

By taking the time to understand the broader needs of minority patient groups, you can become a more competent, caring, and respectful health care provider and pave the way for greater equality in the health care system.

How to Become a Nurse Practitioner

What Nursing Students Need to Know About Evidence-Based Practice

5 Nursing Student Loan Forgiveness Programs You Should Apply For