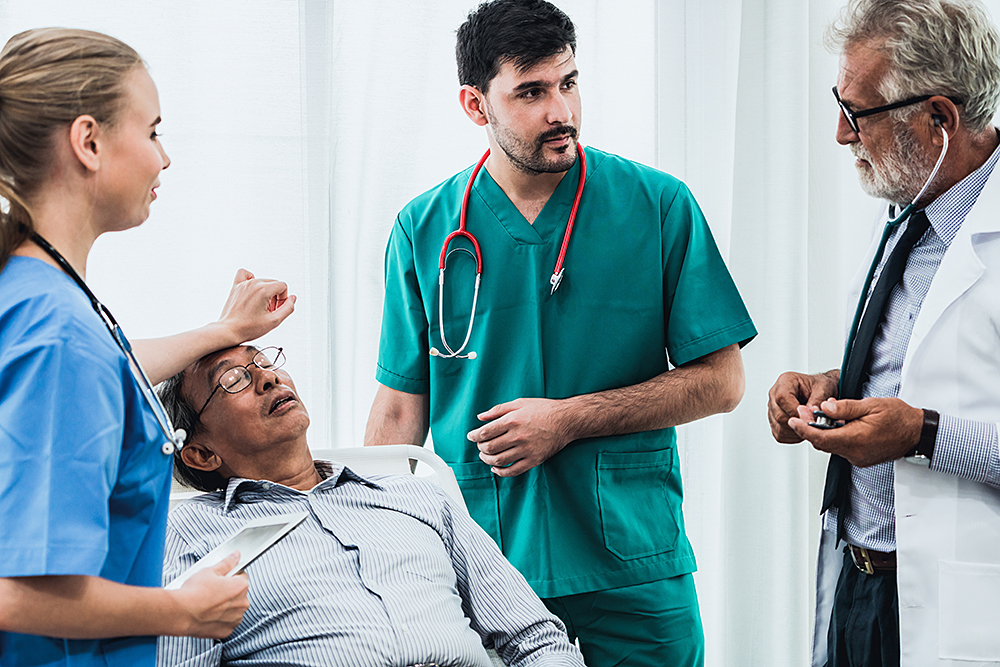 There are many nurses across the United States who can tell you stories about being understaffed and overworked with a too-high patient load and poor nurse to patient ratio.

In an attempt to balance budgets and deal with nurse burnout and turnover, hospitals and facilities find themselves constantly stretching their nursing staff thin, and that affects both the patients and nurses. Nurses burn out and leave, and patients are at risk of unsafe care.

Good and safe staffing ratios are one of the best methods that facilities can use to retain nurses, improve patient care, and keep their facilities safe. But how do you know what’s the right number?

Here’s a look at nurse staffing ratios to find the answer to that question.

Nurse staffing ratios have been the subject of debate in hospital-level, state-level, and federal-level discussions for many years. Every nurse knows firsthand the effects, either good or bad, that come from staffing ratios.

What Are Staffing Ratios?

When we talk of nurse staffing ratios, we’re usually talking specifically about registered nurse to patient ratios, although facilities will generally factor in licensed practical nurses and unlicensed personnel, like nursing assistants.

To put it simply, staffing ratios are the ratio of nurses to patients. For every one nurse, there’s a certain number of patients. Exactly how many patients per nurse depends on how many staff are available, the patient’s acuity and needs, and the facility’s policies on staffing ratios. In some cases, the exact ratio is also governed by law.

The Benefits of Good Staffing Ratios / Nurse to Patient Ratios

According to the American Nurses Association (ANA) and many studies conducted on nurse staffing, having appropriate nursing staff ratios has the following positive effects:

Appropriate nurse-to-patient ratios also help with detecting and resolving health care disparities and preventing medical errors, which all contribute to safe and quality care for patients.

Federal and state laws vary on the intensity of staffing ratio regulations. At the federal level, the law requires hospitals on Medicare to have appropriate nursing staff, but the wording is vague and has yet to be revised.

Currently, 14 states have some form of nurse staffing laws. The vast majority of those states require public disclosure of staffing ratios while others require hospitals to have staffing committees.

At the present, California is the only state to have a law mandating specific nurse-to-patient ratios. The law sets these mandated numerical ratios based on the unit’s or facility’s specialty alongside several provisions that make sure the staffing ratios can work effectively.

These provisions include the following:

If making sure facilities have good staffing ratios is so beneficial, then you might ask why there aren’t more laws at the state and federal levels setting those ratios.

Many hospitals and their executives argue against setting laws to mandate set ratios. The most common arguments include the following:

In California’s case, the state had to put a lot of funding into nursing education to greatly boost the number of nurses in the state in order to fill the new vacancies that came up as hospitals tried to meet staffing ratios.

Additionally, it doesn’t take long working in a hospital to realize that patient loads can change rapidly and unexpectedly. The ANA suggests not setting fixed staffing ratios for that reason and instead determining those ratios based on multiple factors, such as the needs of the patients, the current patient load, and the availability of resources and physical space in the unit.

On the other hand, ratio laws generally have positive effects on patient outcomes as well as staff.

As evidenced by what happened in California after several years of the law being in place, the total number of nurses increased significantly in the state (in order to keep up with demand, and due to California increasing funding of nursing education). Nurses were much more likely to stay working in the field because staffing stayed consistent and pay and benefits were competitive.

In California, facilities also didn’t close from having to hire more nurses to cover ratios, and hiring standards, as well as staffing cuts, seemed to remain relatively unaffected according to the nurses’ union National Nurses United (NNU). Overall, hospitals seemed to only increase their pay and benefits in order to attract more nurses in the competitive field.

If nurses are more likely to stay, then facilities don’t need to spend as much on hiring and retraining to keep up with nurse turnover from burnout. NNU stated that California’s nursing ratio law gave nurses an extra hour or more with each patient, which likely was a large factor in reducing medical mistakes and improving patient outcomes.

So, What’s the Right Nurse to Patient Ratio?

As can be expected, and as evidenced by how California’s law set their mandated ratios, the right number of the nurse-to-patient ratio will vary based on the facility and the specialty.

For example, for those that specialize in patients with high acuity, like emergency departments or critical and intensive care units, the fewer patients a nurse has, the better. Units with relatively healthy patients who are staying short term, like postpartum, can have several patients to one nurse.

The California law has provisions that take into account a patient’s needs and their acuity level, in case more staff is needed. Final ratios came after a year of the California Department of Health Services researched, consulted, and surveyed experts and researchers to figure out the best numbers.

The takeaway based on these numbers is that the higher acuity and more attention and care a patient needs, the lower the RN-to-patient ratio should be. Facilities might use California’s mandated staffing as a guideline in addition to the recommendations from the ANA to determine staffing levels based on the following variables:

The ANA also has worked for several decades to develop safety measures in order to determine how many nursing hours per patient per day nurses can work and how to judge productive nursing hours based on health care staff’s skills and licenses.

Although many states will likely not follow California’s example, facilities that try to save time and money by maximizing patient loads on overworked nurses are not only putting the health and safety of patients at risk, but they’re burning out nurses and reducing a workforce already considered to have a shortage.

By doing the work now to ensure that a facility’s staffing ratios are appropriate for both nurses and patients, we can save resources and prevent errors from happening, improving the lives of our staff and the people they care for.

What Does a State Board of Nursing Do?