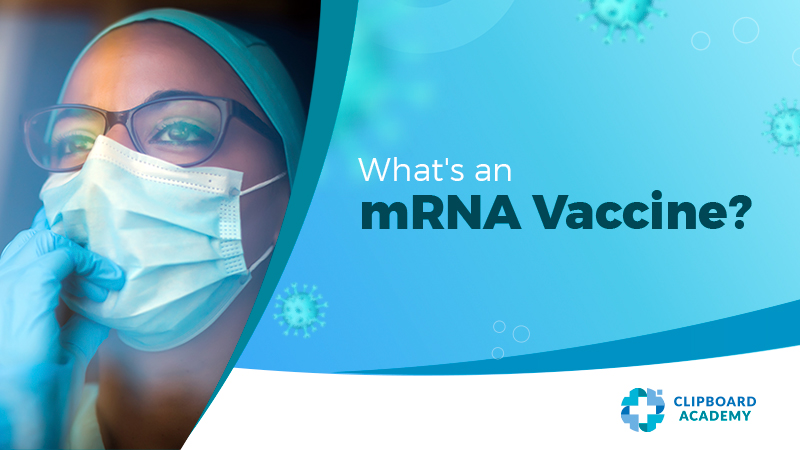 If you’ve been following COVID-19 vaccine news, you’ve likely heard that the first two vaccines approved in the United States are messenger RNA (mRNA) vaccines, a brand new technology that’s never been used before in an approved vaccine.

However, while mRNA vaccines might be new, the technology itself has been in use in the medical field for more than a decade.

Here’s a brief look at mRNA vaccines and the technology behind them.

In your body, your cells make mRNA for various reasons, like repairing damaged cells. The mRNA molecule is given genetic code from the nucleus in your cells, which holds your DNA, and carries it to the ribosomes, which are the part of your cells that make proteins.

Basically, mRNA molecules are a set of instructions that tell other cells how to make a specific protein. Almost every function in your body needs proteins to work properly.

The History of mRNA Technology

mRNA technology has been in theory and in development for decades. Other mRNA vaccines for the flu and Zika have reached early clinical trials, and companies like Moderna and BioNTech (partnered with Pfizer) had already been using the technology to develop treatments for other diseases, like cancer, years before the pandemic.

However, years before those companies began their work in mRNA technology, scientist Katalin Karikó spent a decade in the 1990s working on developing mRNA into a viable option for medical technology.

Before her work, researchers were unable to use synthetic mRNA in vaccine and drug development, because the body’s immune system immediately recognized the mRNA as an intruder and destroyed it before it could do its job.

Alongside colleague Drew Weissman, Karikó was able to create a version of the synthetic mRNA that wouldn’t trigger the immune system, a groundbreaking discovery for mRNA research. That research was published in 2005 and noticed by key scientists who would later go on to form the companies Moderna and BioNTech. In 2013, BioNTech even went on to hire Karikó to be their senior vice president.

Both companies were founded on the concept of using the mRNA research developed by Karikó and Weissman to develop medications and, eventually, vaccines. They’ve worked independently for years to develop the technology.

When the first reports of a new virus in Wuhan, China, began to make international news in January 2020, each company was quick to apply what they’d developed and learned in mRNA technology into making vaccines for what would later be known as SARS-CoV-2, or the coronavirus behind COVID-19.

You’ve likely seen what the coronavirus looks like — a round ball with a bunch of spikes sticking out of it. The spikes look almost like a crown, which is actually the basis for the name that describes this family of viruses. Corona is the Latin word for crown, thus coronavirus.

These spikes are proteins, specifically known as the spike protein or S protein. Each virus is made up of several types of proteins that serve different functions, and for the SARS-CoV-2 virus, the spike protein is how the virus enters and takes over a host cell.

Viruses are not living, so in order to reproduce, a virus has to take over a host cell to use it to make copies of its proteins, which are then assembled into a copy of the virus that then leaves the cell to infect other cells and start the cycle again.

Just as with regular mRNA, once the protein is made, the cells dispose of the used instructions and the cells release the protein into your body. However, because that protein isn’t familiar to your body, your immune system will recognize it as an invader and rally an immune response.

Upon the first encounter, it might take a few days for an immune response to build. However, your immune system will remember what that protein looks like, so when it sees it again, it can respond much faster and get rid of the invader before it can fully infect you. That’s how your body builds immunity.

The major benefit of this system is that the spike protein covers the surface of the coronavirus, so your immune system can recognize it quickly. The spike protein is just one part of the virus, and alone, it’s unable to cause COVID-19, so there’s no potential for it to become infectious.

mRNA technology has come a long way over the last few decades, and although the recently approved mRNA vaccines are new, the companies behind them are no strangers to mRNA.