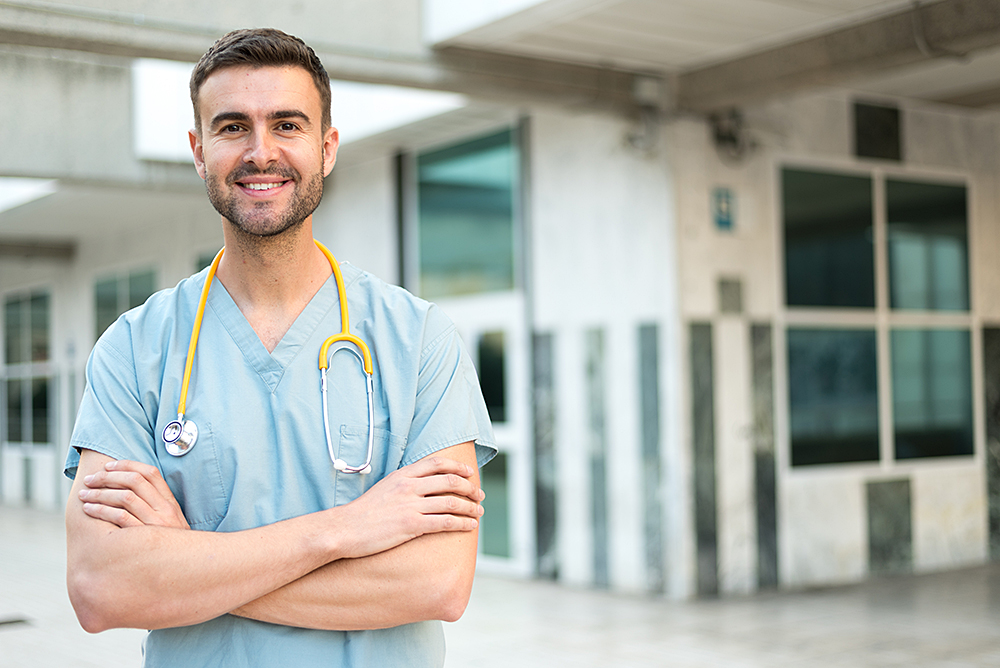 Meta Title: Why Male Nurses are Still Uncommon — and Why We Need More

Meta Description: Men make up just over 11% of the nursing workforce. We explain why and how to help shatter stereotypes.

As nursing becomes an increasingly popular and in-demand health care profession, women make up the majority of the field, with just over 11% of nurses identifying as male. While male nurses are becoming more common, there are still roadblocks holding many men back from pursuing a career in nursing.

You might ask why that is. Despite being a well-paying, highly respected medical career, men don’t seem to gravitate to nursing careers. The reality is, gender stereotypes and social stigmas still forcefully exist and are just some of the reasons why fewer men pursue nursing as a career choice.

Here’s why the male nurse is still so uncommon, why they’re important, and how to encourage more men to become nurses.

Why Male Nurses Are Uncommon

The history behind why male nurses are still uncommon stretches far back, and there are a variety of social and economic reasons that lead fewer men to choose jobs in the nursing field. Below are brief overviews of some of the most influential factors that affect the nursing field in relation to gender.

In an ironic twist of history, when the modern nursing profession was first developed during the Civil War and Spanish-American War, it was a male-dominated field. This is in no small part due to the fact that patient care was performed by soldiers on the battlefield, and soldiers were men.

After the Civil War, women began entering the field as civilian nurses, but it was still widely regarded as a male profession.

That changed when the ANC was established in 1901, and men were no longer allowed to serve as nurses in the army. As a result, over time, nursing became viewed as a feminine profession.

However, in 1955, the ANC commissioned its first male nurse in response to the need for battlefield doctors during the Korean War, emphasizing the need for nurses, particularly male nurses, on the military front lines.

Although the nursing profession became available for men in the military, the effects did not spread as far in the civilian world.

Despite being a job that anyone, regardless of any gender, is capable of excelling at, nursing is still seen as a female-dominated role. Part of this has to do with how the media portrays male nurses.

On the other hand, nursing is often viewed as a nurturing profession and based on the outdated and traditional views of women as being more nurturing than men; many people assume women are better as nurses than men would be.

This gender stereotype damages both men and women in the medical field. It prevents talented individuals, regardless of their gender, from pursuing their preferred medical career from nurse to physician and everywhere in between.

When a person of one gender works in a field dominated by another gender, they may experience discomfort or discrimination on the job. This is often experienced by women who work in male-dominated fields, but in nursing, men are subject to the challenge of routinely being the odd person out in their workforce, as 9 in 10 nurses are women.

Some male nurses have reported that patients have asked to have their nurses switched because they’d prefer a female nurse. Additionally, the peers of male nurses outside of work may see them as more feminine than other men, as their job has historically been filled by women, and feminine men are still wrongly negatively viewed by many people.

Male nurses may also experience some discomfort being in the minority and unable to relate to their fellow health care workers.

In the medical field, nursing isn’t the highest-paying career. As the most common example, doctors and surgeons make more salary-wise than nurses. Additionally, as they find more success in their careers, they can also see more flexible hours and workload.

If someone is looking for a high-paying medical career, they may look at other health care professions that are more gender-neutral or staffed predominantly by people of their gender.

Why Male Nurses Are Important

Despite those facts, fewer men join the nursing field; there are many reasons why having a more balanced number of male and female nurses provides better care to patients and a better work environment.

1. Diversity in the Workplace

No matter the industry, having different voices in the room benefits the quality of work done. People of all genders provide different perspectives to nursing, bringing their own experiences and backgrounds to the role. They can add different ideas and bring a different point of view to patient care. It also can break up groupthink and allow unique or differing perspectives to be brought to the table.

Like a counselor or massage therapist, some people prefer to be provided with services from one specific gender. Depending on their background, some patients prefer to be taken care of by a male nurse over a female nurse.

There can be many reasons for this. Some male patients may find it difficult to be open and vulnerable with a female nurse, especially if the issue is something that they would be embarrassed to say to someone of a different gender.

Having a male nurse in the room gives them someone to empathize more easily with. Health care professionals want our patients to feel heard and comfortable while in our care, and having a variety of nurses means we’re better able to cater to different demographics of patients.

3. Growing Demand for Nurses in General

Because baby boomers are beginning to age and need more medical attention due to age-related health issues, nursing is set to grow by 16% between 2014 and 2024. There’s already a huge demand for nurses, regardless of age and gender, and competent potential nurses are in high demand from all walks of life.

Above, we listed the reasons why men typically steer away from nursing. But for the most part, it isn’t anything to do with job ability or performance; it’s all about perception and stereotypes.

If more men become nurses, these held beliefs will begin to disappear, and the stereotypes will become old news. This helps pave the wave for other men looking for a health care career but who always held a stigma about going into nursing. As more men fill these roles, they’ll be more open to considering nursing for themselves.

How to Encourage More Male Nurses

With a nursing shortage, society needs as many people in the workforce as possible. Medical professionals can help recruit and encourage men to become nurses by explaining the benefits of being a nurse and identifying misconceptions about male nurses.

Talk to them about how nurses connect with patients and help take care of them. If you’re a nurse who’s looking to recruit male colleagues, find out if there’s a way to invite them to your workplace, so they can see the environment.

This can help give them a sense of what the workflow is like, illustrate the many benefits of becoming a nurse, and start breaking down existing stereotypes of being a male nurse.

If you’re a nurse looking to pick up per diem shifts, visit us at Clipboard Health. We can help you find nursing shifts with the flexibility to work wherever, whenever you want.

What Is a Home Health Aide?

How to Create the Best Nursing Resume