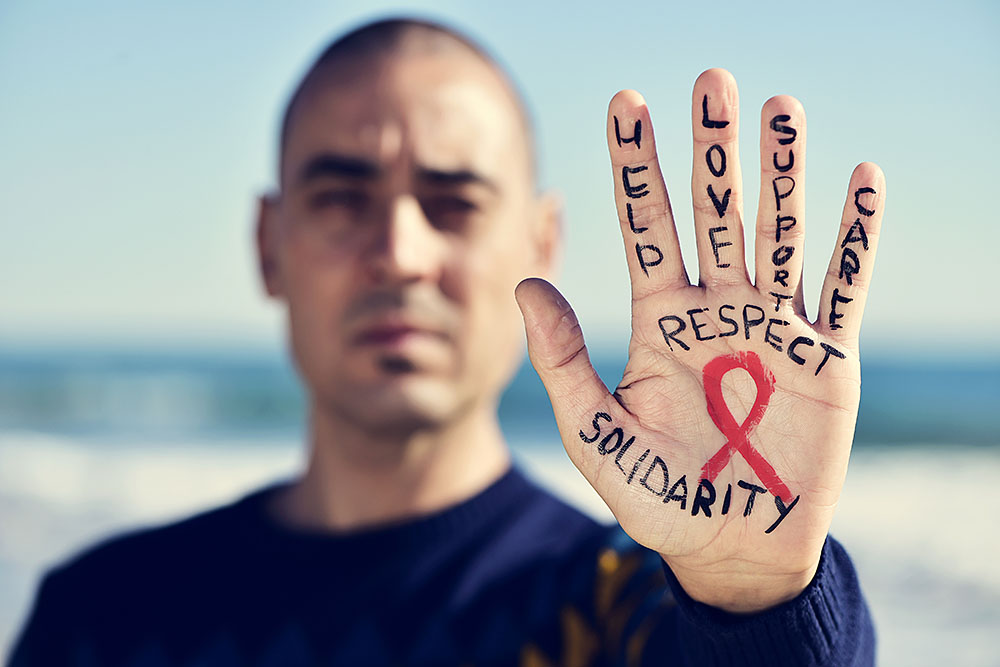 Since 1981, more than 700,000 Americans have lost their lives to human immunodeficiency virus (HIV). Despite the decline in cases in recent decades, 1.2 million Americans currently live with the virus, and an estimated 40,000 more are diagnosed with HIV each year.

In his 2019 State of the Union address, President Donald Trump announced his goal for America to end the HIV epidemic within the next 10 years. The United States Department of Health and Human Services is seeking to reduce HIV infections by 90% by the year 2030.

To raise awareness about HIV and AIDS (acquired immunodeficiency deficiency syndrome), honor the lives lost, and support those who are HIV positive, the health care community celebrates December 1 as World AIDS Day. Here’s the history of this health holiday, how you can get involved this year, and what you can do to raise awareness.

What Is World AIDS Day?

World AIDS Day (December 1) is an international day that many in the global health care community use as an opportunity to raise awareness, show support, and commemorate those who have lost their lives or have lost loved ones to an AIDS-related illness.

In the wake of the COVID-19 pandemic, World AIDS Day is especially important this year. Those who are currently living with HIV and AIDS are especially at risk for COVID-19 due to their compromised immune systems.

To that end, UNAIDS has designated the 2020 World AIDS Day theme as “Global solidarity, shared responsibility.” According to the organization, the current pandemic, along with the ongoing HIV epidemic, has highlighted how health is interlinked with “other critical issues, such as reducing inequality, human rights, gender equality, social protection, and economic growth.”

The HIV crisis hit the United States particularly hard in the early 1980s. With an alarming amount of people getting infected and dying from the disease and complications from the disease, medical professionals and advocates worked quickly to form a response. They wanted to show the world that people living with HIV were heard and supported and that experts were doing everything in their power to find a cure and minimize the health risks.

The first World AIDS Day, which was also the first-ever global health awareness day, was observed in 1988. At the time, one of the day’s biggest goals was to educate the world on AIDS and remove the stigma it carried. Because of the virus’s high prevalence among the gay community and drug users, many people didn’t want to talk about it and did not know how to react to the disease if they or someone they knew became HIV-positive.

Since the 1980s, public perception about HIV and AIDS has largely been destigmatized. Today, this awareness day’s primary goal is public engagement and education, informing people about the virus and what they can do to help those affected.

Why is World AIDS Day So Important?

Globally, there are an estimated 38 million people who are living with the virus. Since the virus was identified in 1984, over 35 million people have died of HIV or AIDS-related illnesses, making it one of the deadliest ongoing health crises.

In the last four decades, significant advancements in medicine have occurred and HIV is no longer a death sentence. But just because the virus is no longer as dire doesn’t mean it should be taken any less seriously. Many people do not know how to protect themselves and others, and people with HIV/AIDS may still face societal stigmas.

How to Raise HIV Awareness

If you’re interested in getting involved in World AIDS Day 2020, there are many ways to raise awareness and funds for this important cause, even from a safe distance during the COVID-19 pandemic. Here are some ways that you can make a difference on World AIDS Day:

The most valuable thing you can do for World AIDS Day is to educate yourself. WorldAidsDay.org is an excellent resource for this health awareness day, and UNAIDS has made its campaign materials available on a publicly-accessible Trello board. Available in English, French, Russian, and Spanish, the board features downloadable social media graphics, videos, posters, and suggested tweets and hashtags for you to post. Use these materials to spread the word about World AIDS Day and share it with those in your personal circle, encouraging them to do the same.

Donate Money and Encourage Others to Join You

Although times are tough for many in the current economy, many people still want to do what they can to make a difference for important causes. You can donate money through legitimate, reputable sites like WorldAidsDay.org and respectfully ask those in your personal, professional, and social media circles for donations to help fund HIV research. You can explain to others why this issue resonates with you, giving them a perspective to relate to and inciting them to donate.

Know What’s Being Done in the Political and Scientific Communities

Once you educate yourself on the basics of HIV/AIDS, go a step further and learn what scientific research and political activism is happening around the virus. This will ensure that you continue to stay educated and involved and can let others know what progress is being made.

Like many health awareness days and months, World AIDS Day is symbolized by a colored “ribbon,” in this case, red. By wearing a red ribbon in public and/or posting a photo on social media with the hashtag #WorldAIDSDay, you are standing in solidarity with those whose lives have been impacted by the virus.

Get Tested for HIV

Roughly 1 in 7 Americans who have HIV are not aware of their status. That’s why the CDC recommends that every person between ages 13 and 64 get tested for HIV at least once, or more often if you’ve engaged in activities that may put you at higher risk for contracting HIV. Knowing whether you are HIV positive can help you protect yourself and any sexual partners you may have from further health complications in the future.

The COVID-19 Vaccine is Here!